Our team, at Gosnishti Auditors and Partners, is a composition of different professionals
with local and international knowledge and experience. Our common slogan is to provide assurance in sustainable development to all our clients. Below you may meet our key staff:

Luan Gosnishti, CPA (Certified Public Accountant)
As one of the main founders of Gosnishti Auditors and Partners, Mr. Luan Gosnishti, has a life time experience in accounting, internal and external auditing and tax advisory in Albania. He has worked as chief finance officer for more than 20 years in public sector companies. In the beginning of 90’s he started working as a private accountant up to the early 2000’s when he successfully earned the CPA title. Now he is part of Albanian Institute of Certified Accountants and also a member of the quality control board of this institute. Mr. Luan Gosnishti is well known in Albania for his deep knowledge in fiscal laws.

Alessandro Ungaro
Mr. Ungaro is an Italian citizen established in Albanian since 2004. Graduated in International Relationship, he has been working in the banking system for more than 30 years in several worldwide countries, especially in Europe and Latin America, and lately in Albania. Since his early years in Albania, Mr. Ungaro has given his contribution in Gosnishti Auditors and Partners as the main banking, investments and transactions consultant. Taking into consideration his extended knowledge in the banking sector, worth mentioning are his extreme success stories, but not only, in financing and facilitating the purchase of several maritime vessels for one of our customers.

Dr. Ilir Hoti
Mr. Ilir Hoti is one of the most distinguished professionals and academics in Albania’s economic arena. In the mid 90’s, Mr. Hoti has served as the Governor of the Bank of Albania. His extensive experience and deep knowledge in banking and insurance companies sector, in risk assessment and auditing has positioned him as one of the leaders and most successful consultants in the Balkan region. For many years he has worked as external consultant for first and second level banks, ministries and insurance companies in Albania, Kosovo, Turkey, etc. Parallel to his consultancy services, Mr. Hoti has continuously nourished his relation with the academic world by teaching in Albania’s most successful universities and by publishing several economic books. Presently, Mr. Hoti holds the position as Dean of the Economic Faculty of Aleksander Moisiu University, in Durres.

Mateo Gosnishti, CPA (Certified Public Accountant)
Mr. Mateo Gosnishti is one of the founders and managing partners of Gosnishti Auditors and partners. He has graduated in Accounting and holds a master degree in Advanced Accounting from the University of Tirana. He started working as an accountant in a commercial center in Tirana where in a short time he earned the position of CFO. Later on, Mr. Mateo Gosnishti joined one of Albania’s most well known auditing companies, ALB BB Auditing, in which he held the position of senior auditor. Throughout this period, he has also focused in management accounting and NGO auditing, as well as in developing his academic experience as a lecturer of Auditing at Aleksander Moisiu University, in Durres.

Elvis Gosnishti (Legal Adviser)
Mr. Elvis Gosnishti, graduated in Civil Law at the University of Tirana, is a licensed lawyer in Albania. Mr. Elvis Gosnishti has worked for nearly 3 years as a lawyer in the Municipality of Durres. Later on, he began working as a private lawyer representing different clients. During this period he extended his knowledge in Commercial and Trade Law. Presently, Mr. Elvis Gosnishti holds the position as the main consultant of BCOM Group – a group of companies offering worldwide telemarketing services. 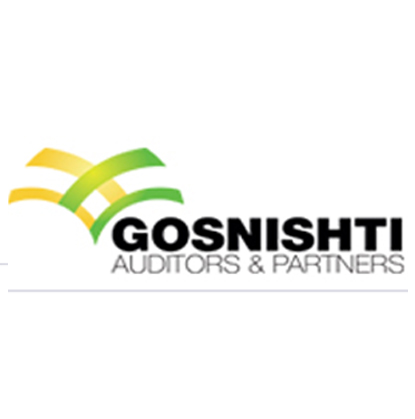